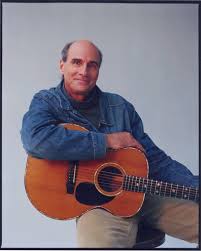 Here is how I know things are getting better. I am at home, alone watching basketball and reading and not out drinking. The paragon of sadness just came on to sing The National Anthem and my reaction was the once normal grimace. Before this year, and the unfortunate circumstances that befell me I was a happy-go-lucky person. But the past few months were tough and I reveled in those things that are morose, sad and melancholic. Two weeks ago my reaction would not have been a grimace but instead an odd delight.

In case you did not watch the opening ceremonies to-night or have not thought much about classic American singers and sadness then I need to spell it out: James Taylor is the voice of sadness. Nobody is lifted up by his songs. Even if he sings about happy material, it is all sadness. I used to turn him off, but since I turned into a sad person I would listen to his music. But now I cringe. That is a mark of progress.

A few weeks ago I was trying to describe the difference between sadness and melancholy to a friend. James Taylor is an apt example. His music makes me sad. If I turn it off, I do not want to be sad, then that is the opposite of melancholy. If I were melancholy I would instead listen to his music because I want to be sad. Think of Melancholy as the tent where the pity party is held.

So, here we have a legend, admittedly so, of American music that makes people sad.

Singing about a war. And this is supposed to be uplifting? I suspect the Celtics’ front office has been paying too much attention to the predictions of a Lakers’ championship. And I am still not a basketball fan. But there is so little else on now that Lost has finished.